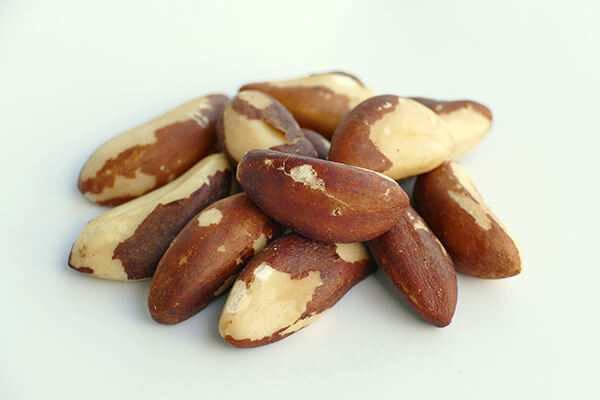 We already covered Brazil nuts benefits in a different blog post. We know that these nuts are a terrific source of selenium, an essential mineral and key nutrient that contributes to nearly every system in your body to help maintain and restore health. From mental health to heart health, immune health to thyroid function, and in between, Selenium in humans is a requirement. Unlike many other nutrients, Selenium isn’t effective as a vitamin, it must be part of your diet and intake to function and help your body.

According to the National Institutes of Health:

Selenium is a nutrient that the body needs to stay healthy. Selenium is important for reproduction, thyroid gland function, DNA production, and protecting the body from damage caused by free radicals and from infection.

While research into the full nutritional benefits of selenium is always underway, some of the general topics that have shown great promise and outcomes, either by causation or correlation, include positive effects on the following:

What is the Recommended Daily Intake of Selenium?

Too little selenium can be problematic for many people and can lead to the breakdown of different body functions and processes. Some of these can lead to heart disease, infertility (especially in men), arthritis, and loss of joint motion. It can be particularly dangerous to those who are suffering from digestive disorders such as Crohn’s disease, or have kidney disease, especially when requiring dialysis, or are immunocompromised such as those with HIV. Too much selenium can also have toxic effects. Therefore, the daily recommended intake of selenium from food is as follows:

The simplest, best dietary source for selenium is Brazil Nuts, but it’s not the only source. Selenium is found in many other foods, but its levels are wholly dependent on the quality of the soil and additives where the vegetables and grains are grown, and the animals graze on and are fed.

Some sources of Selenium include:

How Much Selenium is in Brazil Nuts?

That’s an excellent question. As one of the simplest and easiest ways to get Selenium, and one often used in studies using supplementation as a benchmark, Brazil Nuts are a great source. The amounts of Selenium in Brazil nuts can, however, vary greatly, depending on where they are grown. The soil and other growing conditions, including the use of fertilizers, hormones, and other chemicals can significantly change the balance in each.

In general, however, one ounce of Brazil Nuts, typically about six to eight nuts, contains about 545 micrograms of Selenium. As you can see, one ounce, then, is more than the daily recommended intake levels from ALL sources, so you want to be sure not to overindulge (they can also be filling, and fattening!).

As we mentioned earlier, Brazil nuts are high in Selenium content, as are some other foods. And while Selenium overdose is rare, it can be very dangerous, even fatal. So it’s important to understand and be aware of what you are eating, how often, and be alert to:

Extreme symptoms of selenium toxicity include:

Selenium is one of those essential nutrients that the body makes full use of throughout the different systems, making it an indispensable part of a healthy diet and protecting from diseases, reducing oxidative stress, ensuring healthy thyroid function, and reducing the risk of heart disease. The best sources of selenium are from a natural source, with the simplest food source and one with the most bang for the portion being Brazil Nuts. Studies that include Selenium supplementation frequently use Brazil Nuts as their supplement source.